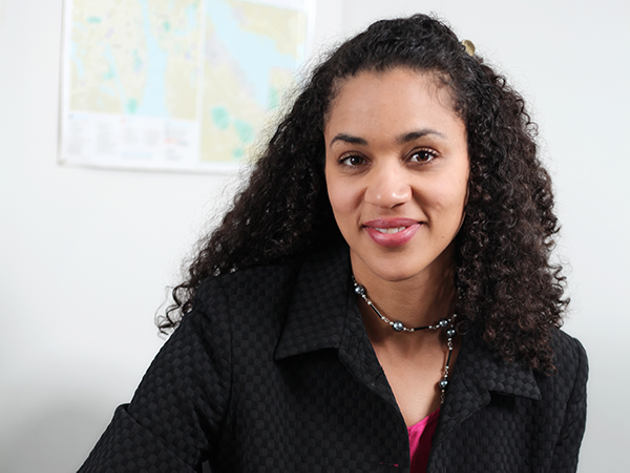 A conference being held by Saint Mary's University's criminology department on September 14 promises to bring fresh perspectives to the topic of sexual exploitation in Nova Scotia and beyond. Organized by human trafficking abolitionist and survivor of sexual exploitation Cheyenne Jones, the Buyer Beware panel aims to bring awareness to what Jones considers the origin of the trafficking network: the buyers.

Jones says in her years advocating against human trafficking in Canada, she's noticed that leaders are quick to point to a need for more support structures for trafficking survivors without a focus on holding traffickers themselves accountable.

Jones says she celebrates the movements pushing for more survivor resources, but she believes change will only come from addressing both sides of the issue.

"I'll be the first to say Nova Scotia needs support systems in place to help survivors heal, and survivors should have access to tools that can help us rehabilitate," says Jones.

"Our province is severely lacking in agencies that can help survivors, but we need organizations, we need our local police and our federal policing systems to come alongside and to hold the buyers accountable as well."

"It's happening here on a large scale, and it's been happening for decades," says Jones.

In 2014, Canada introduced the Protection of Communities and Exploited Persons Act, intended to decriminalize sex work and improve safety for women, and shift the focus to prosecuting those responsible for the trafficking.

Author and investigative journalist Victor Malarek—who will also lend his voice to Saturday's discussion—has written two books on the subject of trafficking, one focused on victims, and another focused on the men who perpetuate the system of exploitation.

During his research, Malarek says he spoke to a number of local police departments who noted that pursuing traffickers was "not a priority" for their departments.

"We do have a serious situation in Canada: we have a trafficking system domestically and internationally," says Malarek.

"If the federal government believes this is as serious an issue to pass this law, then they should make the funds available for the police forces to go after johns."

Jones says she has had contact with authorities in Halifax, including Halifax regional police chief Dan Kinsella, superintendent Jim Perrin, and members of the police's VICE unit around the issue of local trafficking. She says she expects some of them at the conference.

"We're excited that people are willing to come and become educated on the issue and perhaps listen to a different point of view," Jones says.

Jones is hopeful that those who show up for the Buyer Beware conference leave with a new understanding of the ways human trafficking affects communities in Halifax, and on national and global scales.

"I believe that all of us have a role," says Jones. "Not one specific thing is going to beat this beast...but if we all work together as a community, and know our skillsets and use the tools that we have, I believe that we can become leaders in this nation."