The European Union Chamber of Commerce in China seems to have taken a positive view of the country’s new Foreign Investment Law (FIL) slated to take effect on 1st of January 2020. Joerg Wuttke, the President of the EU body, informed reporters that, on the basis of a preliminary examination, the law “is surprisingly accommodating to all concerns ... we have.”

The landmark law was approved by China in March of 2019 – only three months after its placement on the agenda by the Chinese policymakers. The law, at least on paper, appears to show China’s resolve to improve the local business environment for foreign companies. The FIL stresses on a more equitable treatment of foreign investors by ensuring the provision of a level playing field and introducing the same level of protections for foreign investors as that afforded to the domestic ones. Moreover, the legislation aims to address major grievances of foreign businesses by removing inherent advantages that domestic firms enjoy in the government procurement process. The law also obligates local governments to treat foreign investments on the basis of a standardized framework of administrative actions. Finally, the FIL unifies the wide gamut of laws currently governing foreign investments which, in turn, will simplify the overall process and improve China’s ease of doing business.

Related Blizzard Bans Condemned in Letter Signed by Marco Rubio, AOC and Other US Congress Members

The most crucial reform, however, appears to be the outright prohibition of forced intellectual property transfers. For years, foreign companies and their representative bodies have been critical of China’s tacit practice of encouraging technology transfers to domestic enterprises through a series of legal injunctions, administrative practices and financial incentives. For example, in May 2019, the EU Chamber of Commerce in China said that 20 percent of the 585 participants in an annual survey reported being subjected to forced technology transfer in order to maintain their respective access to the Chinese market.

In the face of global outrage at the low or no taxes paid by some of the world's largest multinationals, the Group of 20 appointed the Organisation for Economic Co-operation and Development (OECD) a few years ago to design alternatives to end these abuses. In response, on October 9th, the OECD put forward proposals for a new international tax system that could be imposed on the world in the coming decades.

We are talking about a major issue. In the United States, for example, 60 of the 500 largest firms—including Amazon, Netflix and General Motors—paid no taxes whatsoever in 2018, despite a cumulative profit of 79 billion dollars, because the current system allows them to do so, and in a completely legal way.

These misappropriations, often legal, are based on complex arrangements but on a very simple principle. The multinational only pays the taxes in the subsidiary where it declares its profits. This way, it shows low profits or deficits where taxes are relatively high—even if it is in those countries that the firms undertakes the bulk of its activities—and reports high profits in jurisdictions where taxes are very low, or even zero, even if the firm has no customers there.

As a result, every year, developing countries lose at least $100 billion, hidden by multinationals in tax havens. Globally, this diverts 40% of foreign profits to such havens, according to economist Gabriel Zucman.

With the accelerated digitalization of the economy, the amounts diverted are constantly increasing, as highlighted by many institutions, such as the International Monetary Fund and the United Nations Conference on Trade and Development (UNCTAD). But the most important move came from the OECD that receive the mandate from the Group of 20 propose alternatives to the current international tax system, including the effects of digitalization.

After decades of inaction, the process could move forward very quickly. 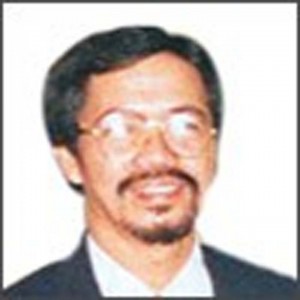 The Department of Tourism (DOT) said the Philippines has been cited for its 14.08 percent year-on-year increase in the country’s international inbound traffic, totaling 5,554,950 visitors between January and August, 2019.
T he Philippines thus won over 11 other countries.

“We are greatly honored and thankful for this recent recognition for the Philippines at the World Travel Awards. A triumph as great as this simply could not be possible without the combined hard work from the government, industry partners, and tourism stakeholders in realizing a more upward tourism industry for the country,” Tourism Secretary Bernadette Romulo Puyat said.

“It is also joyous news that the country’s diving scene is getting the attention it deserves. This award only adds to our motivation to promote a world-class Philippine dive tourism that is anchored on sustainability and inclusivity,” Romulo-Puyat added.

Meanwhile, the government said the war on drugs continues and that it is cleansing the country of “ninja cops” involved in recycling or reselling confiscated illegal drugs.

The Department of Justice (DOJ) said it is conducting a “reinvestigation” of the alleged “ninja cops” involved in a Pampanga raid in 2013 and similar other cases.

The PNP Internal Affairs Section said it has recommended the dismissal of at least four “ninja cops” involved in the Pampanga raid who again got involved in a similar case recently in Antipolo City.

Oct.17 -- Organization for Economic Cooperation and Development Secretary General Angel Gurria says the trade war shaved 1% of growth off global gross domestic product, but adds he doesn't see a recession unless tensions escalate. Gurria spoke to Bloomberg’s Shery Ahn on the sidelines of the International Monetary Fund and the World Bank annual meetings in Washington.

Washington: India remains among the fastest-growing economies of the world and efforts are being made to make it grow faster, Union Finance Minister Nirmala Sitharaman has said.

The International Monetary Fund (IMF) has projected a reduced growth rate for India, but the country's economy is "still growing as the fastest", she told a group of Indian reporters on Thursday.

The minister is here to attend the annual meeting of the IMF and the World Bank.

Sitharaman said she is "certainly not risking a comparison" with China, even though the two countries' growth rates have been projected at 6.1 per cent in the latest IMF report.

"The IMF (in its latest projections) reduces the growth (rate) for all the global economies. It reduces the growth for India too. But even otherwise, even with that India is still growing as the fastest growing economy," she said.

As against India's real growth rate of 6.8 per cent in 2018, the IMF in its latest World Economic Outlook released on Tuesday, projected the country's growth rate at 6.1 per cent for 2019 and noted that the Indian economy is expected to pick up at 7 per cent in 2020.

With all that being said, "the point cannot be missed that India is still "growing the fastest" in the given global scenario, Sitharaman observed.

"It's one of the fastest growing economies too. But that's not going to make me complacent," she said.

Observing that several things about the economy are sentiment-driven, the Union finance minister said so obviously the narrative is "it's not growing as much as it used to grow earlier".

Donohoe in tax shake-up talks at IMF in Washington - Independent.ie

"Taxation is… an issue that has arisen in many of my meetings and discussions this week," the minister said in a speech at the Brookings think-tank in Washington.

"The issues and changes currently being discussed at the OECD are potentially significant. They are difficult discussions for small, open economies like Ireland, but they are discussions that must take place," Mr Donohoe said.